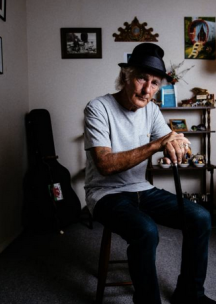 Read the entire article and watch the video here at Nelson Mail article.

“being a Gypsy is not a lifestyle, nor an ethos or image to be used for commercial gain.”

Bob Lovell has been attempting to raise awareness over the issue for years, including lobbying the Government to stop businesses from exploiting Gypsy culture for profit.

Government of New Zealand Commerce Minister Kris Faafoi was asked to conduct a legal review to remove the term gypsy from all registered business names. Lovell says he has not responded.

Massey University professor Paul Spoonley, who specialises in race relations, says the New Zealand use of a label such as “gypsy” is troubling.

“Partly because some people use it to denigrate others, while some claim it when they have no right to. Gypsy is the colloquial term for Romany – and it is often used in unthinking ways by many New Zealanders.”

There is no other race for which the “caricaturising, appropriation of cultural icons, or the blatant use of racist terms” is still so widely accepted.

“They certainly faced explicit racism and discrimination. In New Zealand, with a smaller Romany population, there tends to be a lot more ignorance. I can understand why local Romany get annoyed.”

“To misuse the term Gypsy by non-Roma and make claims based on a lifestyle is a gross misrepresentation of who we are as a race of people, and very misleading to the general public,” Lovell says.

Travellers’ Times in the UK has printed a good story on The Original Gypsy Fair and its misuse and theft of Roma/Gypsy identity.

In the Travellers’ Times article, Mike Doherty, the Editor writes:

The campaigners believe that the use of ‘Gypsy’ in ’The Original Gypsy Fair’, a commercial event which is part of the New Zealand van and truck culture circuit – run by businessman Jim Banks – trivialises and appropriates their culture, heritage and identity, and is a form of “romantic racism”.

While Bob Lovell Kamulo has this to say to the New Zealand Government.

We would kindly request the New Zealand government uphold its commitment to defending cultural and race relations, human rights and ethnic diversity with a legal review that removes the language “Gypsy” from all registered business names.”

We thank Travellers’ Times and Mike Doherty for their continued support. We’ll have another update coming soon.

We’re advocating for Romany rights in New Zealand. I have been alarmed by the way a van culture of hippies – The Original Gypsy Fair has been appropriating our Romany identity for commercial gain. A petition and letter writing campaign is underway.

But now that I am an Elder I’m putting my voice to other uses, advocating for Romany rights here in New Zealand. I have been alarmed by the way a van culture of hippies – The Original Gypsy Fair has been appropriating our Romany identity for commercial gain.

Hippie festivals such as this promote false stereotypes about the Romani people. Amanda A.

I have organized a protest to rally support for changing New Zealand’s trademark laws and banning the use of the word “gypsy” by non-Romany. We’re also demanding that New Zealand comply with U.N. Human Rights and recognize New Zealand Romany as an ethnicity.

Other comments from our petitioners:

Our heritage is ours. We have been prosecuted for hundred of years. Let us rise with our culture. Charlie G.

I agree with Bob Lovell – it is a misrepresentation of Romani culture. And at the very least, use of these photographs is in breach of copyright laws. Rebekah H

This is a disgrace – stealing other people’s cultural identity. It must stop. Roseanne M.